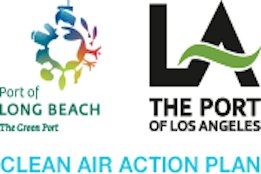 The final version of the document brings together comments and changes from a version released in July and is scheduled to be considered for approval in a joint public meeting of the two ports' harbour commissions on November 2.

The 2017 CAAP Update document, fact sheet and responses to comments are available here.

In July, PoLB, in partnership with the Port of LA, released a request for proposals for demonstrations of technologies to upgrade tugboats, crew boats, barges, and other harbour craft to cleaner engines in order to support the ports' goal toward zero-emissions.

The firm its working with strategic partners Eidesvik, Solstad Offshore and Simon Møkster Shipping on the project.

The company is looking for candidates with a degree in a relevant discipline and at least two years of experience in shipping, bunkering or sales.