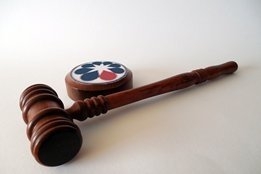 Oaktree Capital Management and Hartree Partners have made a bid to buy Aegean Marine Petroleum Network.

As part of provisions made under the newly proposed DIP facility, Oaktree and Hartree commit to buying 100% of the New Common Equity in the reorganized business for $135 million.

It would also see the creation of a "litigation trust" to prosecute various litigation claims, with the first $18 million recovered used to pay entities funding the Trust, after which monies would be distributed to holders of Unsecured Notes and, finally, any other unsecured claims.

The filing notes that the new agreement has support from the creditor committee, who had previously objected to Mercuria's DIP plan.

The new agreement seeks to replace Mercuria's DIP facility on or before December 17, 2018.

However, the final DIP order failed to gain court approval late Thursday, with sources close to today's proceedings telling Ship & Bunker that Oaktree and Hartree have now threatened to walk away from the deal.

Notwithstanding today's events, Mercuria has been seen as favourite to buy Aegean, and already has a bid on the table valued at $681 million.

The firm's BunkerPlanner software will be integrated into the StormGeo platform to add value to their existing clients, CEO Christian Plum tells Ship & Bunker.