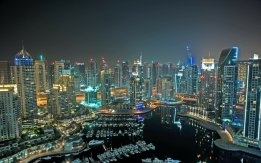 South Africa's Grindrod has postponed the sale of its half of bunker trader Cockett Marine Oil.

In a business update Friday the company said its planned disposal of assets was proceeding "at a slower pace than anticipated, with potential buyers choosing to focus on their own portfolios."

"At the June reporting period close we will be required to re-consider the valuations on some of the investments within the private equity book and the investments held for sale, given the impact of Covid-19 and the weak macro-economy," the company said.

Maritime news website ShippingWatch reported on Friday that Grindrod's sale of its Cockett stake in particular was on hold because of the pandemic's effect.

A spokesman for Grindrod was not available for comment.

Grindrod is the co-owner of Cockett with commodity trading firm Vitol, with the companies each holding half the shares.

Grindrod had said its stake in Cockett would be put up for sale in August 2019.

Vitol originally bought its Cockett stake from Grindrod in 2012, and may be one of the potential buyers for the remaining 50%. Rival commodity trading firm Trafigura has recently launched its own marine fuel supplier, TFG Marine, and increased profits from bunkering since IMO 2020 made more expensive very low sulfur fuel oil the dominant bunker fuel have raised interest in the industry from larger oil companies that have traditionally shunned bunker supply.

In the report on the world's ten most important bunker suppliers for 2020 produced by Ship & Bunker and SeaCred last year, Cockett was listed in seventh place with annual volumes of 5.7 million mt.

The port is one of several global locations that have seen a sharp drop in bunker sales.