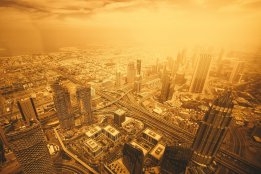 As well as the dismissals, legal action has also begun, according to the Cockett's co-owner, Grindrod.

"The business has notified the insurers of a potential claim," it added.

The report also states that Grindrod is now looking to sell its 50% stake in the bunker company, which it part owns with commodities house Vitol, as part of a wider shake up of the company's freight services business aimed at "unlocking sub-Saharan African trade corridors".

A spokesperson for Grindrod told Ship & Bunker it could not comment on whether Vitol was in the frame to buy its stake.

"The marine fuel business and agricultural investments do not fit into these 'corridor solutions', and the decision was made to exit these businesses," it said.

While the company saw revenue increase in the first half of 2019 compared to the same period in 2018, overall it recorded a loss of R594 million ($39 million) over the period.

The biggest loss came from discontinued operations including an impairment in the Marine Fuel UAE business. The company took a smaller hit from forex activities. Its continuing operations remained in profit.

Power for the vessels will come from wind turbines at the quay of the Calandkanaal at the Dutch port.