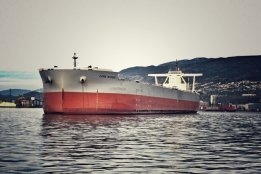 INTERCARGO has again voiced its discontent at industry readiness for IMO2020, with bunker suppliers on the list of those who have fallen short of expectation.

"INTERCARGO regrets that the fuel supply industry has been unable to provide sufficient quantities of representative compliant fuels at an early enough stage for reliable testing on board," it said in a media release following its semi-annual meetings in Athens last week.

"This situation creates significant safety implications for the operation of ships."

The group in July had already raised what it saw as shortcomings in the supply of IMO2020 grade fuel, and little seems to have changed since then.

We have been doing everything in our power to be ready

Other areas of concern for the group include the de-bunkering of non-compliant fuel in cases when fuel has been taken in good faith as per the BDN.

Marine fuel suppliers are not the only industry stakeholders whose performance has been questioned by INTERTANKO.

"We have been doing everything in our power to be ready, but we still face uncertainty," Senior Members of the Association said in a joint comment.

"With vague fuel supply prospects and standards, no real support from the machinery manufacturers and a lot of advice and guidance offered only on paper, shipowners are left to cope with the practical challenges on their own."

Heavy distillate and residue inventories reached 11.205 million barrels in the week to 6 January.

The business will primarily be selling its bunker management software to vessel owners and managers in the tramp shipping industry.

Oil Surges - But Fails to Spike - After Problematic Iran Strike Against U.S. in Iraq

Analysts agree prices will escalate in 2020 - but not for long.