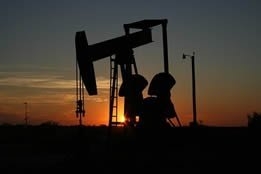 Oil prices jumped in the early hours of Wednesday after Iran launched a missile attack on at least two airbases housing US troops in Iraq.

"It is clear that these missiles were launched from Iran and targeted at least two Iraqi military bases hosting US military and coalition personnel at Al-Assad and Irbil," a Pentagon statement read.

"We are working on initial battle damage assessments."

State media in Iran say the attack is in retaliation for the killing of Qassem Soleimani by a US drone attack last week.

"It comes as no surprise that there has been a reprisal from Iran -- the concern is that this is just the sign of things to come," said Matt Smith, director of commodity research at ClipperData was quoted by CNN as saying.

Any gain for oil prices will almost certainly send the cost of bunkers higher, with price levels already elevated due to the introduction of the IMO2020 rule on January 1.

The company is operating the barges MV Thornton and MV Duke in the region.