Ship Speed Limits Very Positive for the Environment and for Business: Euronav 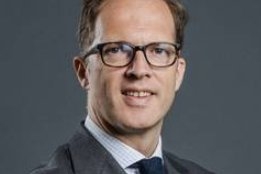 Mandatory speed limits for ships would be a "very positive" move for the environment but also for business, says Euronav CEO, Hugo De Stoop.

The tanker owner was one of 107 companies who on Tuesday called on IMO to implement such a measure as part of the industry's effort to reduce its GHG emissions.

"If you think about the slow speed, I guess that everybody can understand that it will reduce the supply. And so the market needs to adapt in both ways and make sure that the supply that remains after adapting the speed is enough for the demand that there is," De Stoop said Tuesday during the firm's latest earnings call.

And while he does not believe speed limits are a long-term solution to reducing shipping's CO2 emissions, the fact that fuel consumption is exponentially correlated to vessel speed makes it a quick way to make a significant reduction.

It's one thing to take decision, it's another one to apply

"Maybe we needed to do something yesterday in order to meet the requirements of 2030. So, I don't believe that we have the luxury of waiting and I think that's why you are seeing this idea of slowing down the ships gaining momentum," he said.

The matter is set to be discussed at this month's MEPC 74, but De Stoop says that even if any decisions on the matter are made it will be some time before new rules come into force.

"It's one thing to take decision, it's another one to apply, then to see how we are going to monitor in the market and make sure that everybody can adapt the new regulation," he said.

As to what the long-term solutions for GHG reductions might be, De Stoop says alternative fuels are needed but dismissed the idea of switching to LNG bunkers as one of the options.

"A lot of people are talking about LNG which again is a fossil fuel so it maybe harmful as a transition. But ultimately if you want to go down to 70% reduction, you are going to need to find alternatives," he said.

* Quotes as transcribed by Seeking Alpha