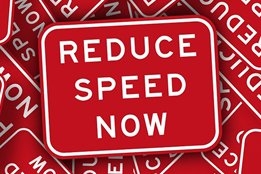 Call for ships to reduce speed as soon as possible. File Image / Pixabay

In an open letter released today, 107 Shipping CEOs along with a host of environmental groups have called on IMO to agree bunker saving mandatory speed limits for ocean going vessels when it meets at MEPC 74 next month.

While increased use of slow steaming has been widely predicted as a natural consequence of IMO2020, particularly for players unable to fully recover the increased cost of low sulfur fuel through BAFs once the new rule comes into force from next year, the signatories are calling for the move as part of the industry's effort to reduce its GHG emissions.

"The signatories to this letter unite in stressing the urgent need for shipping to make its appropriate contribution to addressing climate change. As the initial step we express our strong support for the IMO implementing mandatory regulation of global ship speeds differentiated across ship type and size categories," the letter reads.

Our preference would be to set maximum annual average speeds for container ships, and maximum absolute speeds for the remaining ship types

"Our preference would be to set maximum annual average speeds for container ships, and maximum absolute speeds for the remaining ship types, which take account of minimum speed requirements. Such a regulation should be implemented as soon as possible and the obligation for compliance should be placed both on shipowners and operators, including charterers."

The signatories include some notable names, including the world's largest listed crude oil tanker company, Euronav, and some strong representation from the dry bulk sector including Diana Shipping, Navios Maritime Holdings, and Star Bulk.

Notably absent are the major box shipping players, with none of the top ten carriers - which represent almost 83% of total carrying capacity according to the latest data from Alphaliner - backing the proposal.

Earlier this month, The Loadstar reported Maersk has objected to any of the proposed speed limits. Reducing the speed of vessels limits the economic incentives associated with investing in energy-efficient ships, it says.

Likewise, Hapag-Lloyd told The Loadstar: "All container shipping lines voluntarily reduced speed a few years ago, leading to significant reductions in fuel burn, which slowed down the speed of the entire supply chain.

"We have invested many millions to technologically optimise ships accordingly, and we believe additional speed reductions are not in the interest of our customers."

After a significantly improved performance during the Sep-Nov 2019 period compared to 2018.