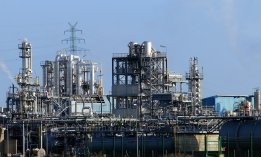 Refining VLSFO appears to be more carbon-intensive than using HSFO with a scrubber. File Image / Pixabay

Both using VLSFO or a lower-sulfur fuel and using a scrubber in conjunction with using high sulfur fuel oil (HSFO) result in higher carbon dioxide emissions than just using HSFO, the organisation said in a statement on its website Monday. But using a scrubber delivers lower carbon footprint compared with the VLSFO option, it said.

The research was commissioned by three major scrubber suppliers.

Higher emissions while using a scrubber come from those generated in its production, those emitted during its use and the emissions released because of the washwater discharged into the sea, the company said.

But these tend to be outweighed by the increased emissions from the various refining processes used to make 0.50% sulfur fuels, according to the research.

The tanker was arrested at 10:30 am local time 8.3 nautical miles to the east of Tanjung Siang.

The firm said each generation of its cruise ships tends to be 20-25% more efficient than the previous one.