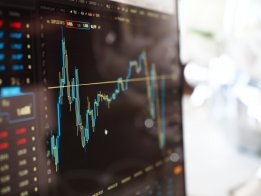 Tanker owner Euronav has resumed drawing down the stocks of VLSFO it built up last year at higher prices, the company said Thursday.

The firm now holds a stockpile of about 200,000 mt of VLSFO on board its ULCC the Oceania, it said in a quarterly earnings release, down from 275,000 mt three months ago. The stockpile was worth about $14 million less than the company paid for it as of September 30, compared with a loss of $32 million in the second-quarter earnings statement.

"We are very hopeful that between now and the end of the year, whatever we have on board the vessel will be at market price," Hugo De Stoop, CEO of Euronav, said in Thursday's statement.

"And obviously, then the volume can dramatically go down."

On the day of the firm's second-quarter earnings release in August, De Stoop said the company was then buying about 20% more than its fuel consumption needs, in order to bring the average value of its stockpile closer to the current market price.

Further safety measures should be introduced by the IMO to allow the industry to assess the risks around alternative fuels accurately.

Investors Question Demand Strength, Cause Another Round Of Losses For Oil

But OPEC warns that production investment is crucial to avoid a global supply crunch.