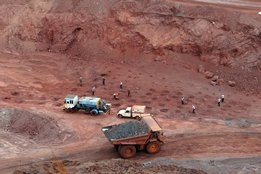 BHP, the world's largest mining company and biggest bulk shipper, will use LNG bunkers as part of efforts to reduce its emissions footprint.

"As the largest bulk shipper in the world, we feel a distinct sense of responsibility."

The fact it is a fossil fuel and there is still no consensus over what level of GHG savings it provides, LNG still faces criticism as debate continues over its credentials to become the "bunker fuel of the future". As such BHPs move will be rightly seen by advocates as another big endorsement of the alternative fuel after CMA CGM's decision to use LNG back in 2017.

BHP says it plants to use LNG-powered tonnage to move about 10%, of its iron ore, and it put out a tender for the project in July.

It is now considering 17 submissions and plans to make its decision on the award in the first quarter of 2020, with ships set to be in the water by late 2021.

Cost is another uncertainty surrounding the case for LNG, with the commodity itself priced below that of conventional fuel on a calorific basis, but the vessels themselves cost more to build and the logistics costs for bunkering can be considerably higher.

Bhatti's view is that the costs of LNG-fulled tonnage would be "on a par with or better than a conventional-fuel vessel."

All sailings up to and including June 26 will be cancelled.