IMO2020: Market Continues to Wait for VLSFO Spot Pricing in Most Ports 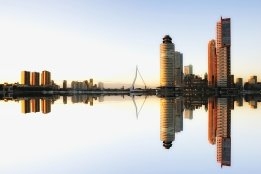 The price of IMO2020 compliant VLSFO bunkers is still an unknown for the majority of ports, much to the frustration of many market participants.

For around a month now Ship & Bunker has been publishing spot pricing for the 0.50% sulfur material in Singapore, Rotterdam and Fujairah, with indications also available in Russian Far East and Taiwan.

But it remains to be seen when wider spot pricing will become available, and Ship & Bunker has received numerous recent requests to provide an update on the current outlook.

"Unfortunately, 'some time in Q4, or maybe late Q3' is still the best estimate we have for most markets," says Ship & Bunker's Editor, Martyn Lasek.

At present, a typical VLSFO deal will be as contract volume or for fuel test programmes, and the pricing on those deals does not make it into the spot market. The issue, according to Lasek, is demand.

Credible spot price indications will only begin to appear in markets when, and where, there is sufficient demand

"Credible spot price indications will only begin to appear in markets when, and where, there is sufficient demand. At the moment, there is little evidence of that happening in all but the largest markets," he says.

While shipowners and operators have been encouraged to make their fuel switch well ahead of the January 1, 2020 start date for IMO2020, falling HSFO prices gives them little incentive to do so.

"As the HSFO / VLSFO spread widens, so grows the fiscal benefits of leaving the switch as late as possible," says Lasek.

Based on early indications over the last month across Singapore, Rotterdam, and Fujairah, the average premium for IMO2020 compliant VLSFO over IFO380 is currently around $188/mt.

Prices for the product have been the lowest in Singapore.

The appeals court in Chalkis overturned the ruling earlier this year that the US authorities could confiscate part of the Iranian oil cargo held on board the tanker Lana, detained off Evia in April.