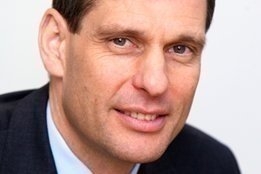 ExxonMobil has given further details of recent improvements to its Mobil Serv Cylinder Condition Monitoring (CCM) service, which it says now offers users significant time savings along with improvements in accuracy.

As Ship & Bunker reported in April, the service now uses x-ray fluorescence technology for the scrape down oil analysis service.

"With the new machines we have managed to get the functionality we want into what is essentially lab equipment with the footprint about that of a laptop. The sampling process remains identical, but the results now come in minutes."

White says that for a ten-cylinder engine, the previous wet chemistry method would have taken many hours.

"Now the whole thing is done in around 20 minutes," he says.

Providing the vessel has an Internet connection, which most now do, the machine will send the results to ExxonMobil's "cloud" and a fully automated response is - barring transmission times - instantly sent back to the ship.

"That response is a report detailing where the sample looks in the trend and what, if any, action to take. Given most people over-lubricate, what we're doing is trying to save people money," explains White.

While the response is automated, ExxonMobil's customer relationship team is able to follow up as required.

"What we've done at ExxonMobil that's unique is produce an algorithm that's able to produce a BN reading from elemental analysis. It is patent technology for ExxonMobil. The BN reading has lab accuracy. The iron reading lab accuracy," says White.

"But as a bonus the machine also measures sulfur, which is very convenient given the upcoming IMO 2020 global 0.50% sulfur cap on marine fuel. So when it comes to compliance with the new rules, people on the ship can now also get a very accurate sulfur measurement should they want to check any of their bunkers onboard."

Further work on the vessel, including the installation of equipment and tanks, will be needed before the vessel enters service.