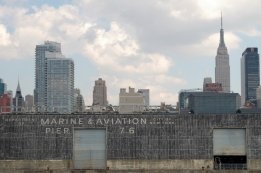 A raft of new low sulfur fuel oil price assessments have been announced by Argus Media.

The oil price reporting agency has added five new assessments at different ports around the world.

Speaking at the International Bunkering Industry Association event in Copenhagen last week, Argus' Tracey Vowel said that there were unlikely to be any giveaways around the pricing of 0.5% sulfur fuel oil in the short term once the new rule is in force from 2020.

The company is looking for candidates with several years of sales and trading experience and a degree.