SEA-LNG Backs Both EU and IMO on Maritime GHG Emissions 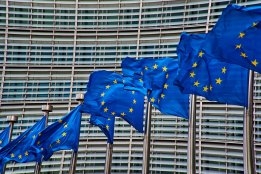 The EU has moved ahead of the IMO's global approach in seeking to tackle maritime GHG emissions. File Image / Pixabay

LNG bunker industry body SEA-LNG has backed the European Union's approach to addressing shipping's greenhouse gas emissions at the regional level, while hoping for progress at the global level from the IMO.

The organisation supports the European Commission's plans, but would prefer new regulations to be set at the global level by the IMO, it said in an emailed statement this week. SEA-LNG 'particularly welcomes' the EU's goal of calculating the GHG emissions intensity of marine fuels on a well-to-wake basis, it said.

The IMO has traditionally been hostile to attempts to regulate shipping's emissions at the EU level, seeing them as potentially undermining the work of seeking global consensus.

"We recognise that the proposed basket of measures relating to the maritime sector is supportive in principle of LNG and the decarbonization pathway it offers through bioLNG and, ultimately, renewable synthetic LNG, which is derived from the same hydrogen base as other alternative fuels," the organisation said in the statement.

But the organisation also laid out the following concerns about the EU's approach:

The company is looking for candidates with either a relevant tertiary qualification or equivalent industry experience.

Goodfuels, meanwhile, wants to be the principal sustainable fuel supplier for the global transport industry.

There were 17 more orders of gas-powered tonnage in November.