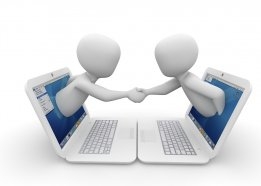 The companies, which see Japan and South Korea as two major ammonia importers in the far east Asian region, are expecting huge demand for ammonia as a decarbonised fuel in the power and marine sectors, according to price reporting agency Argus Media.

The companies plan to trade ammonia for use as a fuel. They will also study the use of ammonia infrastructures, demand in Japan and South Korea, and joint investment in carbon capture and storage (CCS) to produce blue ammonia.

Discussions on infrastructure will start with tanks, pipelines, as well as loading and unloading facilities at main ports in South Korea — such as Busan, Ulsan and Yeosu — which are to be newly built for ammonia supply chains, the report said.

Itochu is developing ammonia-fuelled vessels with domestic firms as well as conducting a study on ammonia bunkering in the country.

Latin American country's two-ocean access is an advantage when it comes to fuelling shipping.