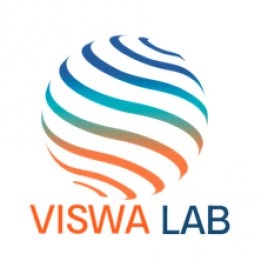 Since the beginning of 2020, a large number of Bunker fuels meeting the 2020 Global 0.50% sulfur requirements (VLSFO's) are getting analyzed by multiple testing labs and other agencies. The chemical nature of VLSFOs has been very complex so far owing to the fact that these are hybrid fuels made by blending multiple product streams. There is a wide variety of data related to VLSFOs, in fact, there is an excess of data to describe what the VLSFO fuel is. However, we know that these fuels are far from trouble free. Within a very short period, fuel users have faced multiple problems when using these new fuels. The problems include stability and compatibility issues with the fuel onboard. Fuel users have a short time to make decisions on blending without having access to the incoming fuels. The following are a list of the main issues that a vessel operator may need to worry about when using the VLSFOs; stability and compatibility, cold flow properties, high acid number, poor ignition and combustion properties, high catfine content, low viscosity, presence of unusual components in fuels and long term storage issues1,2. In this white paper, we are specifically focusing on stability and compatibility issues associated with VLSFOs.

Investigation of VLSFO stability and compatibility

Viswa group has so far received over 3,000 VLSFOs over the last few months from different ports and different suppliers worldwide. The test results vary quite dramatically even when the supply is being made in the same port by the same supplier which makes it very difficult for the fuel user to predict problems when switching from one supplier to another. As the number of VLSFOs keeps increasing, some of the assessments will change because of the diverse properties of the blending components. Here is the list of main issues that were reported to us in the last month; purifier sludging because of instability and incompatibility of fuels, wax deposition and fuel solidification in the tank because of poor cold flow properties3. In some cases, vessels have also reported severe liner wear and piston ring breakage. 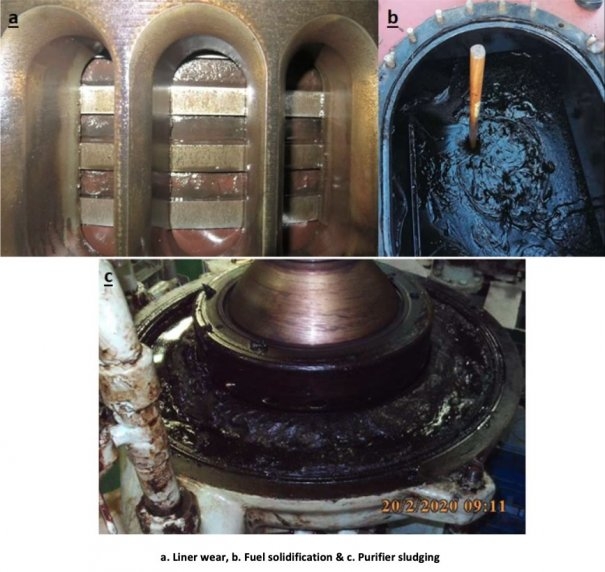 The majority of cases reported have been purifier sludging and filter choking which are caused by fuel instability and incompatibility between fuel batches. This is mainly due to the use of several blend stocks that may not be compatible with each other. As a result, the samples become unstable which causes sludge accumulation in the storage tanks, piping systems or centrifuges and filters.

Below are some recommendations for handling fuels to predict fuel stability and compatibility. The relevant test methods are also provided.

Always keep different batches of fuels in separate tanks.  It is recommended to have dedicated tanks for different types of fuels.  Fuels should not be mixed until it is ensured that the fuels are compatible with each other.

2. If the mixing of fuels is unavoidable:

3. Check the compatibility of the fuel in the tank and the new fuel with the actual blending ratio

Paraffinic fuels have difficulty in keeping asphaltenic molecules in suspension.  This means that paraffinic fuels should not be mixed with aromatic fuel or fuels with high asphaltene content because of the high risk of precipitation of asphaltenes, which results in sludging. As a thumb rule, compare the density and viscosity of fuels; If the density and viscosity of each fuel being commingled is near to each other, the fuels are most likely to be compatible.

Below you can find the available methods and new algorithms from Viswa for predicting the fuel stability and compatibility.

The most common test method for stability and compatibility is the spot test. However, this method has a limitation when used with VLSFO's. This method is developed for aromatic fuels containing asphaltenes. If a black ring or spot is formed in the middle of the filter paper, asphaltenes have precipitated and the fuels will be incompatible. Some of the new 2020 fuels are predominantly paraffinic fuels. Highly paraffinic fuels and distillate blends may show false results by spot test, indicating that fuels are incompatible, when they are actually compatible. The false-positive result is due to pigment, wax separation and not asphaltene precipitation.

Total sediment accelerated (TSA), Total sediment existent (TSE) and Total sediment potential (TSP): The reason for conducting all three tests is to understand the overall sediment condition of the fuel. Based on the Publicly Available Specification (PAS 23263) document, TSA test is not applicable for all the VLSFOs since it has been shown in different studies that in some cases the TSA is less than 0.1% while TSP is greater than 0.1%. Therefore, it is recommended to use the TSP as a referee method to evaluate the stability of the fuels.

Below are some useful practical points related to sediment testing:

These three ASTM methods can provide further insight into the compatibility of the fuel by investigating the asphaltene flocculation point. Not all these methods are applicable to low asphaltene content samples. Specialized equipment and trained operators are required to carry out these tests and evaluate the results. The below table shows a summary of the three ASTM methods and their applicability for testing.

There are other ways to predict compatibility between fuels. One of the quick ways to estimate compatibility is by comparing the density and viscosity of fuels (Thumb rule); If the density and viscosity of each fuel being commingled are near to each other, the fuels are most likely to be compatible. But this method is very subjective and may not be accurate when VLSFO characteristics differ so much. Traditionally compatibility test is performed as per ASTM D4740 test protocol which is again subjective to false positives.

To overcome this, Viswa has developed two quick methods to predict the stability and compatibility of fuels based on the PNA (Paraffin, Naphthene & Aromatic) content of the fuel which are explained below:

4. Long Term storage of the fuel

Avoid long term storage of the blended fuels in a heated condition, as the storage stability of the fuel, may get affected by time and temperature, especially if the fuel blend is borderline stable.

5. Storage, separation and injection temperature for VLSFO based on fuel viscosity

In order to properly manage onboard fuel, it is necessary to store it at the right temperature (above wax appearance temperature) in order to avoid wax formation.

** Temperature is calculated based on 13cSt injection viscosity.

The new regulations have resulted in multiple problems associated with stability and compatibility for the marine industry. These are showing up as purifier sludging, filter choking, drainpipe clogging, etc. This white paper helps you to identify the problem, diagnose it and provide a solution to avoid experiencing serious problems. It must be emphasized that it is necessary to carry out additional tests in order to find out the potential problems. Viswa provides a program called "Extended Peace Of Mind Package" (EPOMP) specifically developed for VLSFO fuels. Nine additional tests are carried out which are outside the scope of ISO 8217 and based on these results, the fuel users will have a much better understanding of the potential problems and how to deal with these problems.