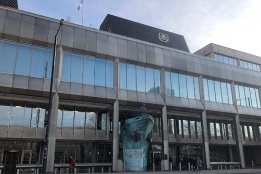 The push come ahead of next week's 78th meeting of the International Maritime Organisation (IMO) Marine Environmental Protection Committee (MEPC78) that begins in London on Monday June 6.

Chief among their calls is for shipping to raise its current ambition level by halving its emissions by 2030 and reach zero-emissions by 2040.

"The IMO's current target of 'at least 50%' emission reduction by 2050 is wholly insufficient to achieve the 1.5°C climate- warming trajectory," the joint statement read.

The IMO's current target of 'at least 50%' emission reduction by 2050 is wholly insufficient to achieve the 1.5°C climate- warming trajectory

Players in the shipping and bunker industries have previously also expressed their willingness to up ambition levels, and last year a group of over 150 stakeholders asked governments to commit to completely decarbonizing the international shipping industry by 2050.

To reduce emissions in the near-term, IMO is looking at a basket of measures including a carbon price, a fuel standard, and an enhanced carbon intensity indicator.

These are all welcomed by the groups, "provided that the measures are ambitious enough to halve emissions by 2030, decarbonise shipping by 2040, and ensure an equitable transition of the sector as soon as possible."

A fuel standard that mandates at least 6% uptake of e-fuels by 2040 and a ban on greenhouse gas emitting fuels by 2040 are among their specific proposals.

Also on the MEPC78 agenda is the matter of a Mediterranean emissions control area (ECA).

After years of discussion, agreement on the low sulfur zone was reached in December, paving the way for the measure to be formally introduced at MEPC78.

"Assessments show huge positive effects by very small price in comparison. The member states must initiate everything so that it can be formally adopted at the next committee meeting in December to guarantee the SECAs entry into force in 2025."

Discussions over the potential impact of the Mediterranean being designated a 0.1% sulfur ECA will be high on the agenda at industry body IBIA's conference in Istanbul later this month.

The methanol-fuelled ferry Stena Germanica took on a stem of the alternative fuel delivered by ship at the Swedish port on Monday.