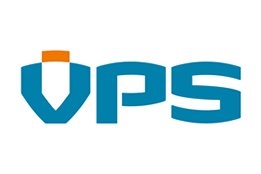 Compliance with the IMO2020 0.5% sulphur cap has driven the introduction of Very Low Sulphur Fuel Oils (VLSFOs). The combustion of VLSFO produces much lower acid concentrations due to reduced Sulphur levels in marine engines as compared to traditional Heavy Fuel Oil. This has required a change in formulation of the engine Lubricating Oil, specifically alkalinity (Base Number or BN). BN protects the engine by neutralising any acids present. Suppliers have recommended ship operators to use 40BN engine oil for use with VLSFOs (rather than 70BN used previously with HFO).

Steve Bee (VPS Group Commercial Director) and Paul Parkinson (VPS Global OCM Business Manager) presented to the marine community over 10 seminars during 2019: "IMO 2020 – Implications, Considerations and Preparations" which highlighted potential BN issues in Cylinder Oil and emphasis was made on the importance of regular monitoring to manage the change and identified the potential negative operational and financial impacts.

As market leaders in marine fuel and lubricants testing and advisory services and, as part of delivering their Oil Condition Monitoring (OCM) and Fuel Quality Testing (FQT) services, Veritas Petroleum Services (VPS) have now been able to conduct a detailed and thorough investigation and report on the impact of VLSFO on cylinder oils since their introduction.

The VPS investigation has identified over 40 vessels suffering major engine damage since starting to bunker VLSFO.

The full white paper is now available on request from VPS and describes in detail; 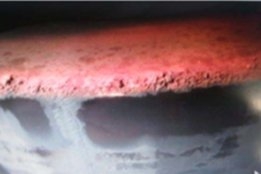 The investigation identified that the reserve BN in the cylinder oil was not being utilised to neutralise the acids formed during the fuel combustion process. This resulted in calcium compounds being deposited on the piston top, which became hard and abrasive causing liner wear, liner scuffing and piston ring breakage resulting in serious operational issues. See photo (left) showing red tinge on piston top with evidence of wear.

The investigation also identified excessive liner wear on the cylinder units of two‐stroke engines since the introduction of VLSFOs. This damage to engine components has a detrimental impact on vessel operability and has been investigated in this report. Engines affected were not limited to any specific Original Equipment Manufacturer (OEM) but from many of the major engine makers in the marine industry. In all cases VLSFO fuel quality was tested and found to be acceptable and the original cylinder oil that was used was 40BN grade supplied from most of the key suppliers.

If you would like to receive the full VPS White Paper, "Engine Protection for VLSFOs" please e‐mail: info@v‐p‐s.com

(*) The investigation utilised the VPS international network, but the key players and authors of this report are:

A set of SOLAS amendments on bunker flashpoint have been approved by the IMO's Maritime Safety Committee.