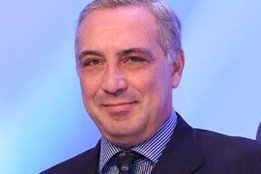 If there was any doubt the pro/anti-scrubber debate is transforming in a full-blown war of words, outspoken scrubber critic Nikolas Tsakos, President and CEO of tanker owner Tsakos Energy Navigation Ltd (TEN) and Chairman of INTERTANKO, has labelled Singapore's ban on open-loop scrubbing as a "victory".

"The Port of Singapore among other major civilized ports is banning scrubbers, open-loop scrubbers. So I think this is a bit of a victory," Tsakos said Friday during TEN's Q3 2018 earnings call.

In September he said there was a "very good chance" open-loop scrubbers will be banned, likening the technology to "inventing a new drug that perhaps will kill one of the illnesses, but will kill the patient through another illness," presumably in reference to the view by some that the technology moves pollution from the air to the sea, rather than providing an overall positive net impact.

Indeed, when Singapore, the world's largest bunkering port, said Friday the use of open-loop scrubbers in its waters will be prohibited from January 1, 2020, it said the move was being made due to environmental concerns.

Scrubber advocacy groups such as the Clean Shipping Alliance 2020 (CSA2020), who have expressed their disappointment at the "radical" move by Singapore, have said repeatedly there is no evidence that scrubber washwater is harmful to the sea.