Scrubbers Could Be Upgraded to Capture Ships' Carbon Emissions 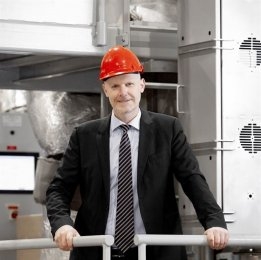 Engineering company Wärtsilä has raised the possibility of scrubbers being upgraded 'in the near future' to capture ships' carbon emissions.

The company is setting up a 1MW pilot plant at its test facility in Moss, Norway to develop the idea, it said in a statement on its website on Tuesday.

"Exhaust gas abatement technologies have reached a point of maturity where it is only right that we explore their wider applications beyond sulphur compliance," Sigurd Jenssen, director of exhaust gas treatment at Wärtsilä, said in the statement.

"CCS onboard vessels is clearly a substantial undertaking, but one that we believe we are well placed to pioneer.

"Carbon capture is exciting because it can provide significant reductions in a relatively short timeframe.

"This is important in the context of the industry's overall decarbonisation transition, as it will enable us to safeguard existing assets as we move to a cleaner mode of operating."

The ability to turn scrubbers into carbon capture systems would be a considerable development for the shipping industry, allowing shipping companies to continue burning conventional fuels while cutting their carbon emissions. The key issues would be how much of a ship's carbon emissions could be captured, how much on-board space would be needed to store the carbon and how expensive it would be to dispose of it at port for permanent storage on land.

In December technology company TECO 2030 announced work on similar lines, saying it was developing a funnel that could address a range of emissions including carbon. The firm is developing the TECO 2030 Future Funnel in collaboration with Austria's AVL.

In September engineering consultancy Houlder and PMW Technology said in an interview with Ship & Bunker that carbon capture systems could be developed for shipping at a cost of £85-120 per tonne of carbon dioxide equivalent ($118-166/te CO2), compared with a cost of £180/te CO2 for shifting the industry to running on ammonia.

IBIA has heard the meters will need to be certified and comply with OIML regulations to be approved under the new requirement.