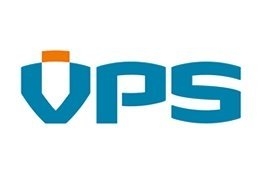 VPS has observed a deterioration in VLSFO quality over the past two months. Image Credit: VPS

The number of very low sulfur fuel oil (VLSFO) samples found to be off-specification is on the increase, according to testing company VPS.

Some 5.5% of the samples tested by the company were found to be off-spec in June, up from 4% in April, VPS said in the latest edition of its VLSFO Insights analysis product. The rate has still not recovered to the high of 7.5% seen in January at the start of the IMO 2020 transition to the new fuels, but June's numbers have now taken the first-half average as a whole up to 5.4%.

Last month Peter Grunwaldt, general manager for bunkers at Hafnia, suggested quality problems may be emerging in Northwest Europe because of its position as a blending hub.

"They're still in a learning phase -- they're bringing in new material for blending and there's some experimenting going on, we all know that's where the money lies," he said.

"They probably need to look at the recipes extra carefully, going forward."

Africa had the second-highest off-spec rate in June at 8.38%, according to the VPS data, while North America came in third with 7.56%.

The testing company also pointed to an increase in sulfur non-compliance in VLSFO.

"After this initial period of improved non-compliance, this share has been increasing again in May (2.3%) and is now at 2.5% in June.

"Whilst this is still an overall decrease compared to the 3.68% in January 2020, it seems that during the COVID-19 crisis the share of non-compliant VLSFO samples grew."