Bunker Traders in Demand as Job Market Remains Buoyant into 2021 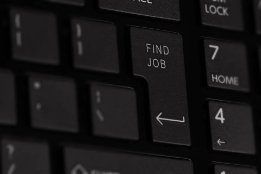 Plenty of demand for new talent is coming from smaller, niche players who are looking to capitalize on recent market shifts to build up their book, and to maximize their available credit lines while oil prices remain relatively low.

Ambitious players see this as a good opportunity to grow their client list.

"I have vacancies in multiple markets including Singapore, Germany, London, Greece and Cyprus."

As Ship & Bunker's recent bunker sales volume surveys have shown, while demand last year was down overall it also shifted significantly between markets, with some ports in Q3 seeing demand fall 30%, while others saw gains of over 40%.

"Ambitious players see this as a good opportunity to grow their client list, others simply want to capitalize on the markets that are doing well. Both groups need people who can hit the ground running so all the roles I have available require candidates to have at least 5 years experience," said Jayanathan.

"I would say 2020 has been our busiest year ever partly because of the job activity for bunkering," he told Ship & Bunker.

Clients today want those who are good communicators, and are good at building and maintaining relationships.

"The bump from IMO 2020 and the lower oil prices have probably given a new lease of life to many traders, and at the same time I see a number of new trading operations appearing. Established players are also looking for specialists, such as those well connected in China or Singapore."

Unsurprisingly then, Salling also sees the experienced trader with a good reputation as currently being the most in demand.

"Right now I have senior positions in Singapore, Dubai, and London," he adds.

While the current market conditions have created more than the usual number of speculative job openings, Salling says the number of "quality" positions with established players is consistent with that seen in recent years. As such, there are still opportunities for those looking to enter the industry for the first time.

"The market has changed a lot since the pre-mass flow meter days and there are now two types of people the established companies are looking for. The first is the specialist, someone who can bring an edge to the hiring company that they do not currently have," says Salling.

"The second is the fresh grad, and I am seeing more and more of this. Someone with a good education who can be brought in and moulded with a few years training.

"Above all else, clients today want those who are good communicators, and are good at building and maintaining relationships."

Readers interested is current openings can reach Jayanathan and Salling as follows:

Roller Coaster Trading Ends In A Slump For Oil, But Demand Continues To Surge

The company first announced plans to retrofit one of its 15,000 TEU boxships to run on LNG in 2018.

The UN body's Sub-Committee on Carriage of Cargoes and Containers drafted the rules at its meeting last week.