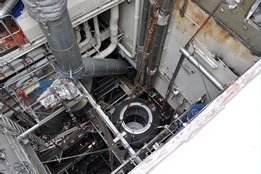 LNG bunker advocates SEA\LNG Thursday released the results of their latest use case study for the alternative fuel, and with it fresh criticism of scrubbers.

The study itself was conducted by Scandinavian consultancy Opsiana and looks at whether the use of LNG or conventional fuels - both scrubbed and un-scrubbed -  would offer the best return for newbuild Pure Car and Truck Carriers (PCTC) on Atlantic and Pacific trade lanes.

The study's headline conclusion is that it finds LNG as a marine fuel delivers the best return on investment for PCTC's in the considered scenarios.

But as with its similar study released in January looking at the comparative benefits of using LNG for containerships, the report was notably critical of scrubbers, listing among its key findings that scrubber operation is "significantly more expensive than widely reported."

In investment terms, the report finds scrubbers are "high risk"

The report also reiterates many of the other recent concerns raised by scrubber skeptics, including that actual and debated bans on open-loop scrubbers could prevent owners getting full benefit from the systems, and warned the technology faced both environmental and operational challenges.

"Are scrubbers a viable long-term cost-effective solution? Will open loop scrubber waste-water discharge be accepted in the trading regions the vessels operate?" the report asks without offering direct answers.

In investment terms, the report finds scrubbers are "high risk", reasoning that it is questionable how many bunker suppliers will keep "dirty" bunker supplies and at what cost.

Most of these criticisms have already been debated ad nauseum both in and out of the media, and the counter arguments are now well established.

In particular, owners of scrubber-equipped tonnage have made it perfectly clear they feel any localized open-loop bans do nothing to change their economics, while scrubber advocate group The Clean Shipping Alliance 2020 (CSA 2020) has rubbished speculation that local restrictions would lead to a global ban and says some of the earlier concerns are in fact easing.

Authorities in Japan, meanwhile, found the use HFO and scrubbers is actually better for human health than using conventional compliant fuels alone.

As far as scrubbers are concerned then, the report is perhaps a sign that this particular debate has hit a stalemate, at least for now.

But very much not at a standstill is the ongoing uptake of scrubbers, with some now expecting as many as 4,000 vessels to have units fitted come 2020.

It remains to be seen how many more owners of the 60,000-strong world fleet will want to invest in scrubbers, but if recent comments by Höegh Autoliners CEO Ivar Myklebust are any indication, ironically, PCTC owners seem unlikely to be high on the list of potential new customers.

"Structurally, Pure Car and Truck Carriers are also not ideal for scrubbers. Fourteen decks high, it is challenging to put in a scrubber that should go from the engine room up through the whole vessel to the chimney," he says.

IBIA Announces Candidates for Board Election

The election results will be announced at the organisation's annual general meeting on 24 February.