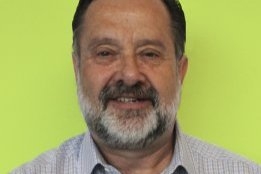 So now we finally know!  No…not the meaning of life…we will all be working on this for a long time to come, but finally (assuming we trust the IMO and the worlds shipowners) we know how big the global bunker market is!  I have to say this is beyond exciting something that has been a subject of debate and conjecture with the industry since I walked into it in the 1980's.

So how big is it?  In the past market size estimates have ranged from 200-350 million metric tons.  I have, in recent times, generally used 300 million metric tons and not because there was any basis for this in fact but because it seemed about right, and it was after all a round number.  Anyway, without much fanfare at the end of last week IMO published, in preparation for MEPC 76, the "Report of fuel oil consumption data submitted to the IMO Ship Fuel Oil Consumption Database in GISIS (Reporting year: 2019)".

volumes last year were down 6.3%, suggesting the global bunker market in 2020 might only have been 215 million metric tons.

To summarize the IMO had required all vessels over 5000 GT engaged in international trade to report their fuel consumption during 2019 via their flag states.  Vessels representing 93% of gross tonnage reported consumption volumes of 213 million metric tons which can be extrapolated up to 229 million metric tons for 100% of gross tonnage.  So, there it is!

I am quite sure some volume for vessels under 5000 GT needs to be added and some will want to know the consumption of fuel for vessels involved in domestic trades, so perhaps we are edging closer to 250-260 million metric tons.  But let us be honest; for most in bunkering it's the international trade bunker volume that we really care about.

Finally, we know that in 2019 Singapore represents (impressively) just under 21% of the global bunker market or that Panama represents 2.36%. Or for that matter that World Fuels Service sold 9.1% of all bunkers in 2019.

There are lots of other interesting statistics in the final report, such as the breakdown of types of fuel consumed, but one of the most interesting is which type of vessel consumes most fuel.  I have personally always assumed that this bulk carriers but apparently, they come a close second to containers at close to 28% of total consumption.

Take my word for it, this report and the information it provides is very important.  Not only because the numbers themselves are interesting reading but because as an industry that can't quantify itself cannot easily prove its existence or importance. All this has changed last week – finally we are on the map!

And let us not forget this is data for 2019. The recent market surveys we conducted with Ship & Bunker show volumes last year were down 6.3%, suggesting the global bunker market in 2020 might only have been 215 million metric tons.

Previous bunker trading experience, though helpful, is not essential.

More data is needed on which marine fuel components are harmful.