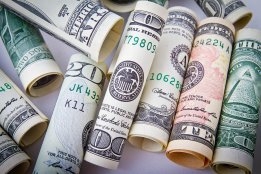 Cockett Marine Oil, the bunker company embroiled in a 'scam' at one of its offices, has said the matter is under control and that the main company is unaffected.

Following an earnings release by co-parent Grindrod, it transpired that events at the company's Dubai branch has led to staff leaving and the start of legal action.

In an emailed response to Ship & Bunker, the company said: "Cockett Group confirms that certain irregularities have been identified and are being addressed within CMOG FUEL DMCC.  The full extent of the matter has been established.  Cockett Marine Oil PTE. Limited, the primary trading entity of the Cockett Group, is unaffected."

The statement added that the group has the support of its shareholders, Grindrod and Vitol.

Goldman, UBS forecast crude price rises this year and next.

Hafnia and its partner will also produce and operate duel-fuel carriers capable of running on the methanol produced at the plant.