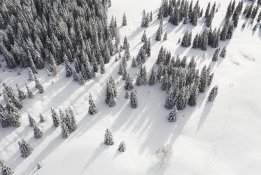 LNG cargo ships are shifting to burning conventional oil-based bunkers instead of natural gas as LNG prices hit record highs, according to reports.

LNG tankers usually have the option either to burn boil-off gas from their cargo or conventional bunkers as fuel. These vessels are now maximising VLSFO or MGO use in response to this year's surge in LNG prices, news agency Reuters cited shipping sources as saying on Friday.

LNG bunkers priced in fuel oil terms -- meaning priced based on the amount of gas needed to deliver the same amount of energy as 1 mt of traditional fuel oil bunkers -- overtook VLSFO prices at Rotterdam on June 14 and have remained at a premium since then, according to Ship & Bunker data.

With Rotterdam's VLSFO Monday priced at $518.50/mt and spot LNG in fuel oil terms jumping to $846/mt, the premium for LNG bunkers in Rotterdam is currently $327.50/mt compared with a $131/mt discount in early March.

that the recent price spike is expected to be temporary

Readers should note that many LNG bunker buyers purchase fuel on contract so will not necessarily be exposed to this the spot differential of this magnitude.

LNG prices have unquestionably jumped this year driven by a hotter-than-average summer in Asia and expectations of a colder-than-average winter in Europe, among other factors.

"It's unusual for fuel oil to be cheaper than LNG, so traders are taking advantage of the cost economics to save on voyages," Reuters cited a Singapore shipping source as saying.

Local LNG bunker supplier Titan LNG last month told Ship & Bunker that the recent price spike is expected to be temporary, and current high price would not jeopardise the overall case for LNG bunkers in the longer term.

Also of note is the fact that LNG prices have not witnessed the same rise in all regions. For example, in Vancouver, Canada, Ship & Bunker data indicates LNG bunkers in fuel oil terms  are currently priced at $312.50/mt.

Oil Down Again On Demand Fears Generated by Saudi Arabia

But one analyst still views demand recovery as steady, despite hiccups.

Oil Breaches $70 As Analysts Warn Of Downside To High Demand

Meanwhile, peak demand for crude is predicted yet again.