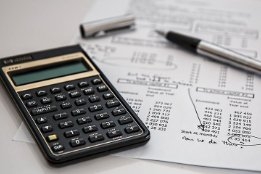 BNP Paribas SA has put a hold on all new commodity trade finance deals and is reviewing its exposure in a number of regions, according to reports.

Sources reported by Bloomberg, as well as separate Ship & Bunker sources, have indicated GP Global are among the companies whose exposure is being examined, with the French bank also said to have incurred losses from global agri-foods player Phoenix Group and coffee dealer Coex Coffee International Inc among others.

New deals will only be concluded where there is a contractual obligation to do so, the report adds.

GP Global, whose buoyant bunker business saw it recently ranked as one of the Top 10 bunker companies of 2020, in recent weeks has been the subject of intense speculation over its finances.

The firm has dismissed the talk as "blatant lies" but conceded it faces some struggles. It subsequently said it had uncovered an alleged fraud within the Group and this week appointed a "Chief Restructuring Officer" to help with restructuring.

BNP is said to now be looking at making significant changes to its so-called Specialized Trade Solutions unit, including shuttering the division completely.

It has so far declined to make an official comment on the matter.

BNP is the second major player this week to pull back on its trade financing. As Ship & Bunker reported Monday, Societe Generale SA (SocGen) is shuttering its Singapore-based trade commodity finance unit in the wake of Hin Leong Trading (Pte) Ltd's collapse earlier this year.

GP Global is also far from the first company operating in the marine fuels space to uncover alleged fraudulent activity.

The collapse of Hin Leong earlier this year follows that of IPP and Universal in 2019, and Aegean in 2018, all of which have all been dogged by allegations of malpractice and left creditors billions of dollars out of pocket.

The AmmoniaMot project, due to run for three years from December 2020, will aim to define the steps needed to produce a duel-fuel, medium-speed engine that can use ammonia as well as conventional bunkers.

Government interest in alt fuel high but reaching scale for shipping some way off.