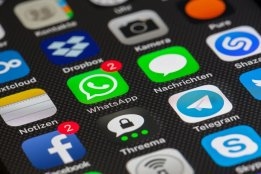 Commodity trading company GP Global Group has roundly dismissed rumours circulating in the market about the state of the firm's financial health.

While the origin of the rumours is unknown, market sources confirmed to Ship & Bunker that gossip about the company was rife late last week.

But in a strongly worded statement, GP Global said the damaging rumours stemmed from "vested interests who do not wish to see us succeed".

The group said it "vehemently denies all such rumours" which were "totally false and factually inaccurate".

The company said that its bunkering business continues as normal and that a financial review was underway.

"Our bunkering business, both east and west of Suez, is performing well despite the current financial headwinds faced by the industry."

On financing, it said the company was undergoing a financial restructuring as recently it had not secured "the full support from a few financial institutions".

"Therefore, as a prudent decision, we have undertaken this restructuring exercise which is envisaged to be completed in next few months," according to the statement.

The ship will join the company's fleet in the second half of next year.