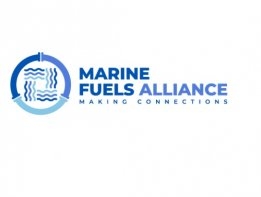 The new body will be a 'coming-together of small- and medium-sized suppliers', Thompson said. Image Credit: Marine Fuels Alliance

A new industry body for bunker suppliers has been launched.

The new body will be a 'coming-together of small- and medium-sized suppliers', Thompson said.

"Most of us don't compete -- so why not work together?"

Membership of the organisation will be free for the first year, Thompson said.

The organisation "sets out to address the significant and complex range of issues that bunker suppliers face in the coming years," it said on its website.

"The MFA endeavours to develop a unique network between the global regions, to ensure its members are able to achieve their potential with access to resources in a new and more efficient way.

"The MFA wants suppliers to be able to appeal to their customers and crucially, to their financiers, to give evidence of robust procedures, including financial risk management and credit control, with instant access to crucial resources."

At launch the organisation has 20 members from 12 different countries, according to the MFA site.

One question for the new organisation is to what extent its work will overlap with the International Bunker Industry Organisation (IBIA).

Asked about this issue at the Petrospot summit, Thompson said the two bodies would be 'different organisations for different purposes'.

"The MFA is different to IBIA and will work well alongside it," he said.

"MFA is commercially focused and physical supplier-leaning, to help those companies access needed resources and better connect them to the marketplace.

"IBIA is a very respected and valuable organisation which is all-encompassing for all industry stakeholders, which is great.

But the likelihood of BH acquiring a green fuels player rather than a traditional competitor is relatively large, CEO Keld R. Demant tells Ship & Bunker.