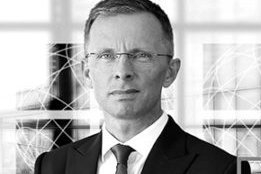 Some in the industry have been predicting the demise of the bunker trader for many years. IMO2020 will only hasten this, they say.

Of course, bunker traders today are not only very much alive and well but responsible for at least a third of global bunker sales, according to data from 20|20 Marine Energy. And while it is true that in recent years margins have been heavily eroded and operating conditions far tougher than they were in the traders' heyday, others see 2020 as just another factor driving a continuous evolution of the bunker trading model.

So what do those actually doing the trading think? Ship & Bunker recently spoke to Morten Langthjem, Managing Director at Glander International Bunkering in Dubai, to find out.

In the run up to 2020 there has been plenty of chatter suggesting traders could be squeezed out of the market. As the argument goes; with avails of 0.50%S material set to be tight, why send volume to traders when physicals will have no shortage of direct business?

In contrast, Langthjem sees credit and risk as the pressure points for 2020, not the supply of compliant fuel.

"Suppliers surely have looked at their options from various perspectives, and some of them might have voiced their preference to deal directly. However, over the past 3-4 months, we have seen several new options and alternatives coming alive, which is expected to becoming even more evident for the remainder of 2019," Langthjem told Ship & Bunker.

"Across the flow ports we now see a sharp rise in the VLSFO products available from suppliers and dedicated barges ready to deliver."

Indeed, October has seen a slew of suppliers announcing the start of supply for their IMO2020 grade bunkers, a point highlighted by the fact Ship & Bunker already provides regular VLSFO spot pricing for over 60 ports.

Langthjem also points out his company made its first order of VLSFO in July 2019 and has made many deliveries since.

"By starting early we caught a healthy amount of attention from both sides of the industry. We stayed close and mapped our suppliers quite early in order to kickstart the discussions and negotiations with our clients. Today, VLSFO is an important and integrated part of the discussions with them," he said.

"We believe that availability of compliant products will not be the key issue, rather the increase in prices and subsequent credit lines. And if that is the case, suppliers would seek to deal with a minimal amount of risk involved, i.e. there will still be room for the middleman – traders."

Market coverage is another area of both increasing relevance for 2020 and one where traders have been criticized. Should a vessel find itself in a situation where compliant fuel cannot be lifted and a FONAR needs to be filed, the ship owner/operator is advised to show the whole market was covered in order to demonstrate nonavailability. This, say critics, cannot be done by a trader.

Langthjem disagrees, and while GIB has the benefit of having long provided broking services as part of its offering, it is notable that some other traders are now also starting to follow suit.

"A successful sale is when we provide a solution that fits all requirements of the client. If there were better options we did not provide, then clients would go elsewhere," Langthjem said.

"I generally believe the industry as a whole has become more and more complex. So in spite of a higher level of transparency in our market we are required to provide a wide range of services and information. This includes covering the whole market."

Langthjem also dispels another recent criticism of traders, the notion some have been sitting back idly waiting for IMO2020 to arrive.

"Glander International Bunkering has been gearing up for the past 12-15 months addressing the commercial, legal, operational and credit implications," he says.

"Our extensive preparation means that in conjunction with our clients and suppliers we are working together on this paradigm shift, and I am pleased to learn how the shipping industry and oil companies are coming together, taking responsibility in order to meet the challenge of making the air quality better."

In addition, the company's traders have also completed training programs in how to deal with client requirements and issues related to operations, compliance, legal and credit.

"Although we cannot foresee all future scenarios, I feel we are capable of giving the best guidance," Langthjem added.

It is not just the supply of bunkers that the company has been working on. With the use of HSFO without a scrubber not possible from January 1, 2020, and an outright carriage ban on HFO from March 1, 2020, Langthjem says GIB has also been working with customers to ensure they can safely and effectively de-bunker their remaining HSFO stock.

As for the readiness of the wider industry, Langthjem believes that for the most part, buyers and suppliers are ready.

"There will continue to be challenges along the way from credit and operational delays, through barge loading congestion to each of our own understandings of the new compliant fuels and the impact to our businesses," he said.

"This generation shift though will bring out the continued resilience in us all and will be a time for us to adopt new ways of thinking on how we approach the buying and selling of fuels. Those responsive to change will reap the rewards and new opportunities that 2020 will bring."

A total of 17 witnesses will be questioned in the case.

Achieving Net Zero by 2050 Not in Shipowners' Hands: INTERCARGO