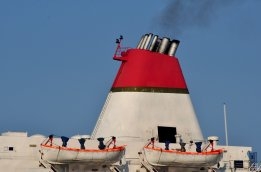 Shipping companies have started to engage with carbon offsets as a means of reducing net emissions in the short term before developing a strategy to shift to using zero-carbon fuels. File Image / Pixabay

Carbon offsetting has come under fire this week with new research claiming that as much as 90% of one type of credit from a leading provider may have little environmental benefit.

News organisations the Guardian, Die Zeit and SourceMaterial this week published the results of a nine-month investigation into carbon offsets provided by Verra, one of the largest firms in this market.

More than 90% of the rainforest offset credits from Verra do not represent genuine carbon reductions, the organisations argued. The criticism is based on the threat to forests being overstated and little evidence emerging of deforestation reductions from the projects in question.

Verra said in a statement on its website that the claim was untrue, and that the methodology used by the researchers was flawed.

Shipping companies have started to engage with carbon offsets as a means of reducing net emissions in the short term before developing a strategy to shift to using zero-carbon fuels. The offsets allow companies to invest in emissions-reducing projects like reforestation or renewable energy development as a means of negating their own emissions.

While some bunker companies are using offsets provided by Verra, they have largely avoided the type of credits criticised in this week's report, market sources told Ship & Bunker.

Moves chimes with analyst view of the pattern of development for the alternative bunker fuel.