Barge Availability Shaping up to be IMO2020 Pinch Point 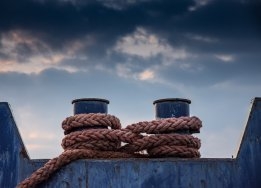 "It's a very disrupted bunkering market," one senior bunker industry executive was quoted as saying by Reuters.  The disruption the executive refers to -- and already reported by Ship & Bunker -- is down barge not product availability.

"There is enough product in most places but it's the barge availability that's a problem," the same source is quoted as saying.

Singapore waiting times to load IMO2020 compliant fuel in stretch to 10-12 days while similar delays have been reported at Brazilian ports and in the Mediterranean terminals of Gibraltar and Malta.

The pressure on bunker barge schedules is twofold: tanks need to be prepared to carry different fuel grades of which there are now more.

As some ships are sticking with high sulfur fuel oil, a barge may be carrying three rather than two grades with ships wanting an increasing range of volume, all of which takes time to deliver.

"The problem is you've got twice as much product potential but no one built more barges," a shipping source was quoted saying in the report.

"Imagine the time and logistics of bunkering 10 ships with 200 tonnes instead of 3-5 ships with 1,000 tonnes. It's a lot busier," said another shipping source.

In the past week, one tanker expecting to load crude at the Black Sea port of Novorossiisk had to sail back to Istanbul for fuel because the Russian port was unable to supply the ship.

In another instance, a tanker had to cancel a job after it was unable to secure fuel to reach its next port in time, according to the report.

VLSFO Priced at a Premium to MGO in Singapore

Monjasa is reaching out to other parties in a project aimed at making the bunker industry more data-driven and transparent.