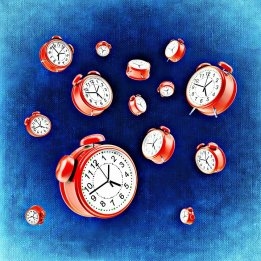 The oil trader's CEO, Torbjorn Tornqvist, told a conference in London that in 2020 shipowners would naturally gravitate towards distillate fuel with a consequent fall in aggregate demand for high sulfur fuel oil (HSFO).

The new 0.50% global sulfur cap is "the most fundamental spec change that has ever occurred", Tornqvist was quoted as saying by maritime news provider Lloyd's List.

The switch to distillates would leave around 4 million metric tonnes of HSFO without a home making a wide price differential between the fuel oil grades likely.

And as new fuel production capacity takes time to develop, the bunker industry had little more than half a year in hand to respond. "The clock is ticking," the executive was quoted as saying.

There is an upside for scrubber manufacturers as such a wide a price spread could prompt an increase in orders for the exhaust cleaning equipment, a view held by marine analyst Krispen Aktinson.

In 2015, when the sulfur cap in emission control areas fell to 0.10%, much was made of the higher fuel costs facing ship operators. However, in the event distillate bunker prices softened considerably reducing the impact on shipping's bottom line.

The firm's online CO2 calculator provides emissions estimates for fuel oil, MDO and LNG based on the bunker volume in metric tonnes and cubic metres and its density.

The ship tested the fuel on a seven-day cruise visiting Hamburg, Southampton, Le Havre and Zeebrugge.