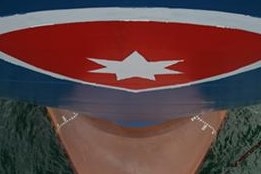 NORDEN is the latest owner announce its investment in scrubbers. Image Credit: NORDEN

With another Q2 report released today came another owner revealing it has invested in scrubbers; today it was the turn of D/S NORDEN who said it has placed orders worth $41 million for 26 exhaust gas cleaning systems plus an option for five more.

It puts the per-scrubber cost at just under $1.6 million, with two to be installed on newbuildings, 16 retrofitted on owned vessels, and eight installed on long-term chartered tonnage.

The order is part of an overall $54 million commitment to the technology, with the additional $13 million coming from increased TC hire over the coming years.

NORDEN says it also expects its investment to boost the value of its Dry Cargo vessels by 2% and Tankers by 1%.

"Recognising uncertainties, NORDEN considers the investment highly attractive with an estimated financial return of approximately 25% within 5 years on own vessels with significant upside," the owner wrote in its latest Q2 report.

NORDEN joints a raft of other companies who in recent weeks have made similar announcements as part of an apparent industry-wide change in attitude towards the technology.

What has not changed, however, is that when the new 0.50% global sulfur cap comes into force on January 1, 2020, the technology will still be absent from that vast majority of the global fleet.

Hin Leong founder Lim Oon Kuin and his children are no longer part of the management team at Xihe.