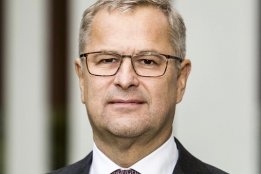 In comments made last week during the firm's latest earnings call, Skou said the relative price movements of high sulfur and IMO2020 compliant low sulfur bunkers it was looking like "great business" to have a scrubber installed.

Despite Maersk's long standing position against the technology, in February the firm revealed it had placed retrofit orders for units totalling $263 million.

Skou now says that if the current price dynamic continues, Maersk could even scale up its scrubber programme in order to stay competitive, Danish media reports.

Maersk has still not given details on the exact number of scrubbers it will install, but based on prevailing costs its current retrofit commitment is likely to cover some 50 vessels - around 15% of its 750-strong fleet.

Despite the softening stance on the tech, Skou reiterated he remains unconvinced of scrubbers as a compliance solution and still believes sulfur elimination should take place at the refinery stage.

Use of compliant fuel remains Maersk's core compliance strategy, in which it has made significant investments.

DNV on Future Fuels: Flexibility is Key to Compliance

The firm sees about 12% of newbuilds ordered today having alternative fuel systems -- mostly LNG -- up from 6% last year.

The ships are under construction at the Rauma Marine Constructions yard in Finland for TT-Line Company.