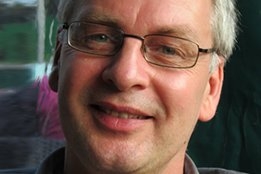 New hull performance solutions may be the best way of taking on biofouling, according to DNV's Volker Bertram. Image Credit: DNV GL

The shipping industry may see tougher biofouling regulations in the coming years, according to a scientist at DNV GL.

While the pressure for change is coming as part of efforts to reduce emissions, it could save bunker buyers as much as $30 billion per year, according to the Clean Shipping Coalition.

"We see an increased focus on hull and propeller performance and anticipate more stringent measures as biofouling moves up the regulatory agenda," Volker Betram, a senior project manager at DNV, said in a statement Wednesday.

"We already have an IMO guideline on biofouling management; guidelines are often precursors to mandatory conventions at IMO level."

Stricter regulations on biofouling are likely to come into force within the next decade, he added

With the shipping industry currently seeking out all possible methods of reducing carbon emissions, as well as cutting fuel bills, new approaches to biofouling would also be welcome, says Betram.

"There is movement towards non-biocidal technologies, such as ultrasonic protection or coatings trapping air films but I believe future will lie more in providing overall solutions for hull performance, rather than just new marine antifouling coatings," Bertram said in the statement.

A change in approach to more preventive or proactive systems, rather than reactive cleaning, would also be welcome.

Kerolos Labib joined the Dubai office as bunker trader in October, while Muriuam Saeed joined as senior base oils trader the same month.