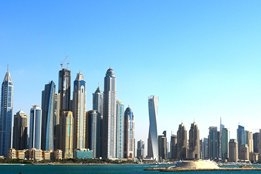 The Scorpio Group has moved to bring its bunker buying activity in house.

Going forward, the major shipowner's marine fuel procurement will be handled by a new Dubai-based entity, Geoserve Energy Transport DMCC (Geoserve), and will be headed by Aman Talwar.

The new entity is currently in the process of starting up operations but has already fixed its first contract deals, Sanjay Kapoor, Scorpio's Global Head of Operations, told to Ship & Bunker.

Scorpio is one of the world's largest shipowners and operators, controlling a fleet of over 200 mainly eco-vessels.

Scorpio's decision to continue to burn HSFO ...  from next year was a key driver in its decision

The company hit headlines last year when it announced it would fit scrubbers to most of those.

Indeed, Kapoor said Scorpio's decision to continue to burn HSFO after the global 0.50% sulfur cap comes into force from next year was a key driver in its decision to move its bunker buying back in house.

Scorpio is not alone in changing its fuel purchasing strategy ahead of IMO2020; last week Ship & Bunker reported that the Borealis shipping group had similarly set up a new bunker buying unit, Aurora Marine Fuels, based in London.

Full details on Geoserve Energy Transport DMCC can be found via the SeaCred Report here: https://seacred.net/shop?olsPage=products%2Fgeoserve-energy-transport-dmcc

Buoyant demand at the world's largest bunker ports may be a result of them benefiting at the expense of smaller ports.

The company will aim to address how lubricants may need to change as the shipping industry shifts to lower-carbon fuels.