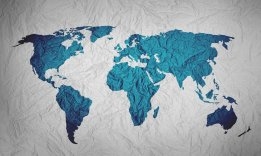 The database will keep track of which fuels are available where around the world. File Image / Pixabay

The LQM Eco-Alternative Fuel (LEAF) database provides LQM's subscribers with free monthly data on current and planned availability of alternative bunker fuels at supply locations around the world, the company said in an emailed statement.

The database at present initially covers LNG, biofuels and biogas, and will add methanol and hydrogen before the end of the year.

The availability of alternative fuels and their delivery infrastructure at ports along major shipping routes is a key measure for shipping companies in determining whether these options are mature enough for them to consider for their newbuilds.

LNG has developed significantly as a bunker fuel in recent years, with availability and bunker barges now in place at most major marine fuel hubs, but zero-carbon fuels remain in their infancy.