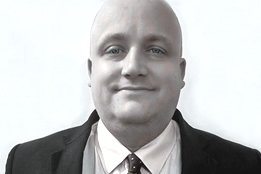 Jordan is based in London, and will be responsible for Ship & Bunker's global news and analysis content.

"Jack is a well-known and well-respected journalist within the bunkering and wider shipping and energy communities, and we are delighted to welcome him to our growing team," said Martyn Lasek, Ship & Bunker's Managing Director.

"The industry is at the beginning of a period of unprecedented change. As we continue to embrace technology the challenge for stakeholders becomes less about simply getting information and more about understanding what it means for their business. I am confident that under Jack's leadership, Ship & Bunker will continue to build on our industry-leading content and deliver more of the trusted insights our readership needs to help drive their businesses forward."

Before joining Ship & Bunker Jordan was editorial lead for bunker news at price reporting agency S&P Global Platts, in which role he also chaired the company's Northwest European and Mediterranean bunker fuel conferences for the past four years.

Prior to joining Platts, he worked as deputy editor for marine fuel pricing for Argus Media in London, and as a bond-market reporter for Bloomberg in Moscow.

Jordan has a degree in Arabic and Russian from the University of Leeds, and a postgraduate diploma in newspaper journalism from Cardiff University.

"After spending the past seven years writing about IMO 2020 as a vague, mysterious prospect in the distance, I'm excited to get started at Ship & Bunker and examine the reality of what's emerging," Jordan said.

"Beyond that, there is a great deal to be discussed regarding shipping's energy transition as the industry looks to meet the IMO's 2030 and 2050 emissions targets. The fight over which alternative bunker fuels and energy solutions can gain the most market share over the next decade is only just beginning."

Jordan will be working closely with seasoned shipping and energy journalist Julian Macqueen, also based in London, as well as Senior Bunker Price Analyst Geetu Ramchandani who is based is based in Mumbai.