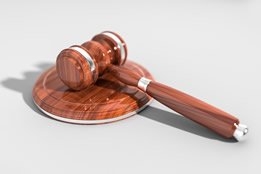 In a complaint filed July 30 in the United States District Court for the District of Delaware, the fuel is alleged to have caused all six fuel injector pumps of the main engine of bulk carrier M/V Asl Luna to seize.

In keeping with a large number of similar "bad bunker" complaints that have emerged over recent months originating from the US Gulf, Panama, and Singapore markets, the complaint states that laboratory testing of the fuel show it contained "[t]otal phenol content [that] adds up to 106 ppm (normally less than 100 ppm)" along with tall oil components and 2,4-dittertbutylphenol that are "contaminants are not normally found in bunker fuels."

IBAS is said to have been responsible for fueling the Vessel, having sub-chartered it from Meadway.

On June 26, 2018, IBAS was said to have received a message, copied to Meadway, from the Vessel's Master advising that fuel provided to the Vessel at Balboa, Panama was unsuitable.

The Master of the Vessel was said to have advised that the injectors were seized on June 29, 2018.

Among other costs Meadway is looking to recover are a potential $300,000 for debunkeirng and $163,878 for the unusable fuel it had to purchase.

Over 100 vessels are suspected to have been hit by similar bad bunker problems, and while the Meadway complaint does not make any direct reference to ISO 8217, it has been noted that fuels associated with similar bad bunker issues are otherwise on-spec bunkers.