Scorpio Sees Regulatory Lifespan of 5 to 10 Years for Scrubbers 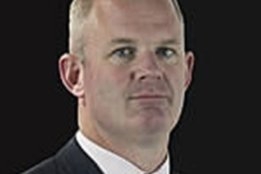 Despite planning significant investments in scrubber technology across both its tanker and bulker fleets, Scorpio's Emanuele Lauro today said he would be OK with an albeit unlikely total ban on scrubbers.

"We don't think it will happen, but the best thing to rule for us right now would be to have scrubbers banned entirely in shipping," he said during Scorpio Tankers's Q4 2018 results earnings call.

"The benefit to Scorpio Tankers in terms of further increased demand for what is shipped would far out way in the advantage we could have in the market in terms of scrubbers," he reasoned.

The comments come at a time of increased pushback over the environmental credentials of scrubbers, particularly in light of recent bans of operating open-loop units by Singapore and Fujairah.

We are not here to take an ethical or scientific view. We are just compliant with regulations.

Advocates maintain the science around washwater is sound and indicates they do not present a risk to the marine environment.

Earlier this week the company joined several other firms in dismissing the localized port bans as having any impact on their scrubber economics, saying its calculations already took into account not operating the units in ports or ECAs.

Adding his thoughts to the matter, Chief Operating Officer, Cameron Mackey, said he saw scrubbers as having a regulatory life span of five to ten years as any wider-reaching ban at IMO level would require years of studies.

For comparison, Scorpio's numbers suggest the technology will pay for itself within two years.

"We are not here to take an ethical or scientific view. We are just compliant with regulations," he said.