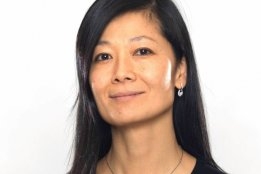 Scrubber manufacturer Yara says it has cut delivery time for the exhaust gas cleaning units by four to six months thanks to its new facilities in China.

"With the opening of their Shanghai office, Yara Marine has been able to effectively cut delivery time on their SOx scrubbers down towards 8 months on some projects," the company says.

"This represents a significant opportunity for shipowners who still have not secured retrofit slots with acceptable delivery dates."

After a surge of orders last year, there has been plenty of discussion on whether interested parties would be even be able to get a scrubber installed in time for the January 1, 2020 start date of the new sulfur cap.

"The rush to scrubber retrofits is clogging yards, and shipowners need the flexibility to be able to accept slots as they open up, making quick and timely delivery of equipment even more critical," says Yara.

But Yara Marine COO, Ina Reksten, says the new facility is about more than just dealing with a spike in demand, and that the investments in capacity expansion "are for the long term."