TFG Marine Breaks Even in Q3 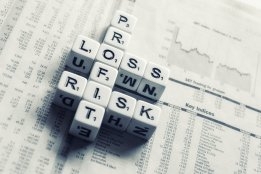 Bunker supplier TFG Marine appears to have broken even in the third quarter of 2021, an improvement on both a yearly and sequential quarterly basis, according to the accounts of one of its owners.

In an earnings statement released this week, shipping company Golden Ocean reported its share of TFG brought it neither profit nor loss in the third quarter. Earlier this year the company said it saw a loss of $600,000 from its share in the first quarter.

A spokeswoman for TFG Marine declined to comment on the numbers, beyond noting that more information about the company's performance this year will be published with along with Trafigura's results for the year to September 30 sometime in the first half of December.

TFG is aiming to be one of the top five suppliers in Singapore by volume this year, with sales topping 3 million mt/year.