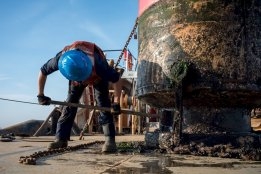 Many of the ships surveyed in the research were above that level leading the researchers to estimate an additional annual fuel cost to the global commercial fleet of $6 billion, maritime news provider Seanews reported.