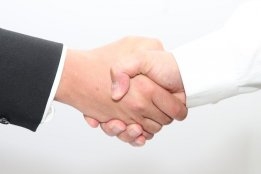 The merged entity will be called NorthStandard. File Image / Pixabay

The members of P&I clubs North and Standard Club have approved plans to merge the two organisations.

Special general meetings of the two clubs' members on May 27 endorsed the proposal to merge the two organisations into a single mutual insurer, Standard Club said in a statement on its website.

This will allow the two clubs to unite as NorthStandard in time for February 20, 2023, next year's renewal date. The merger is still subject to regulatory approval.

"The merger will create one of the largest providers of mutual cover in the maritime industries with consolidated annual premiums of around US$750 million," Standard Club said in the statement.

"With 300 years of shared P&I heritage, NorthStandard will also bring together some of the most respected expert teams in maritime risk management.

"The new organisation will be jointly led by Jeremy Grose, Standard Club CEO, and Paul Jennings, CEO at North."

Konstantinos Kontogiannis has joined the firm as its bunker manager in Dubai as of this month.