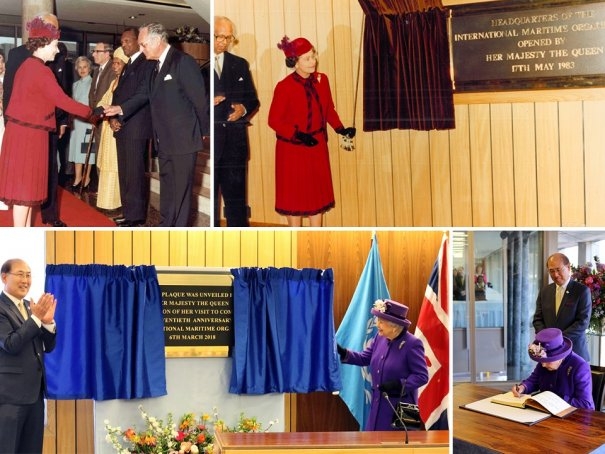 Queen Elizabeth opened the IMO's then-new headquarters in 1983, and visited the organisation again in 2018 to mark its 70th anniversary. Image Credit: IMO

"It is with great sorrow and sadness that we have learned of the passing of Her Majesty Queen Elizabeth II," Lim said in a statement on the organisation's website on Thursday.

"The entire membership of the International Maritime Organization and the staff share the grief with deep sympathy at this difficult time.

"I had the immense honour and privilege to meet Her Majesty here at IMO.

"Her genuine interest in shipping and maritime matters was remarkable."

Queen Elizabeth opened the IMO's then-new headquarters in 1983, and visited the organisation again in 2018 to mark its 70th anniversary.

The firm is looking for candidates with experience in shipping or oil and gas, fluent English and a relevant education.

An Indonesian national who fled Singapore to avoid arrest for marine gasoil theft ends up in court six years' later.