Greek Shipowners Back Limits on Ship Power, Not Speed, to Reduce Emissions 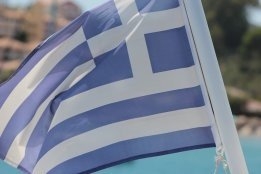 The Union of Greek Shipowners (UGS) has thrown its weight behind the idea that limiting ship power, rather than speed, is a better way to reduce ship emissions.

The idea gained widespread attention last month when BIMCO said it was submitting a proposal to IMO on the matter, with the proposal subsequently gaining support from Maersk.

But rather than back BIMCO's proposal, UGS will make its own proposal to limit power that will be considered at IMO's intersessional technical group in November.

When it comes to controlling ship emissions, the thinking now is that limiting ship power, not speed, is the way to go. This is because ship emissions are more directly related to the power being produced. While a vessel's speed is naturally heavily related to engine power, the resulting speed is dependant on several other factors such as vessel design, hull fouling, and sea conditions.

A key area where the two proposals differ is in defining what the power cap should be. BIMCO leaves the matter open as a matter for further discussion, whereas the UGS proposal suggests sector specific limits aimed at keeping CO2 emissions at their 2012 historical low. This would cover a three-year "phase-in" period commencing before 2023.

Specifically, UGS sees bulk carriers and tankers reducing their main engine power by 50% and containerships by 66%. The measure also includes a review clause to allow for rectifying action by the UN IMO, if necessary.

"Moreover, it allows for early action and beginning of implementation prior to 2023, leads to direct absolute GHG emissions reductions, to SOx, NOx and underwater noise reductions, while it also factors in safety and allows for medium to long-term innovation, rewarding more efficient ships."