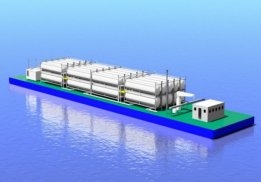 The company's design is suitable suitable to be modified to bunker ammonia, methanol and liquefied hydrogen at both inland and ocean ports, it said in an emailed statement this week. The ship delivers the fuel via filled ISO containers.

"This ability to bunker LNG initially and be modified for other liquid fuels minimizes the risk of investment as marine fuel options evolve and change based on technical and economic developments," the company said in the statement.

The firm has taken delivery of the Optimus, the first in a series of LNG bunkering ships designed by engineering firm Damen.