Not all Parts of the Bunker Industry are Struggling for Credit: SeaCred 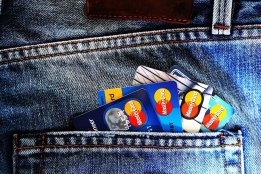 Taking a generalised view of the bunker industry's financial health and access to credit as being in trouble this year risks oversimplifying the issue, according to marine credit reporting agency SeaCred, as parts of the industry are holding up much better than others.

"From the credit perspective, the bunker industry has never been simple," Jason Silber, CEO of SeaCred, said at the OPIS Marine Fuels Roundtable last week.

"The general picture may be bleak, but you have to look close for the details."

Several banks have started to retreat from commodity trade finance this year in response to some alleged fraud cases and the general collapse in crude and other commodity prices, triggering concern in some quarters about the bunker industry's access to the credit it relies upon.

Silber gave an as example two hypothetical bunker suppliers in Northwest Europe. One may be seeing sales down by 5-10% this year with the general market, but the other, having traditionally relied on business from the cruise industry, may have lost as much as 50% of its volumes.

In general the large, well-backed suppliers are faring best this year, he said.

"The banks aren't running away from them so much.

"But then the traders are losing a lot of their credit."

That said, some smaller traders may not be feeling the pinch so much this year, having struggled for credit on a longer-term basis. Silber said some small Greek traders had been operating on a cash-only basis without credit lines since the financial crisis.

"It's very tough to make broad-brush conclusions about everything," he said.

Silber will be speaking at the IBIA Annual Convention 2020 in November.

Boudewijn Siemons will take over the role from October 1.